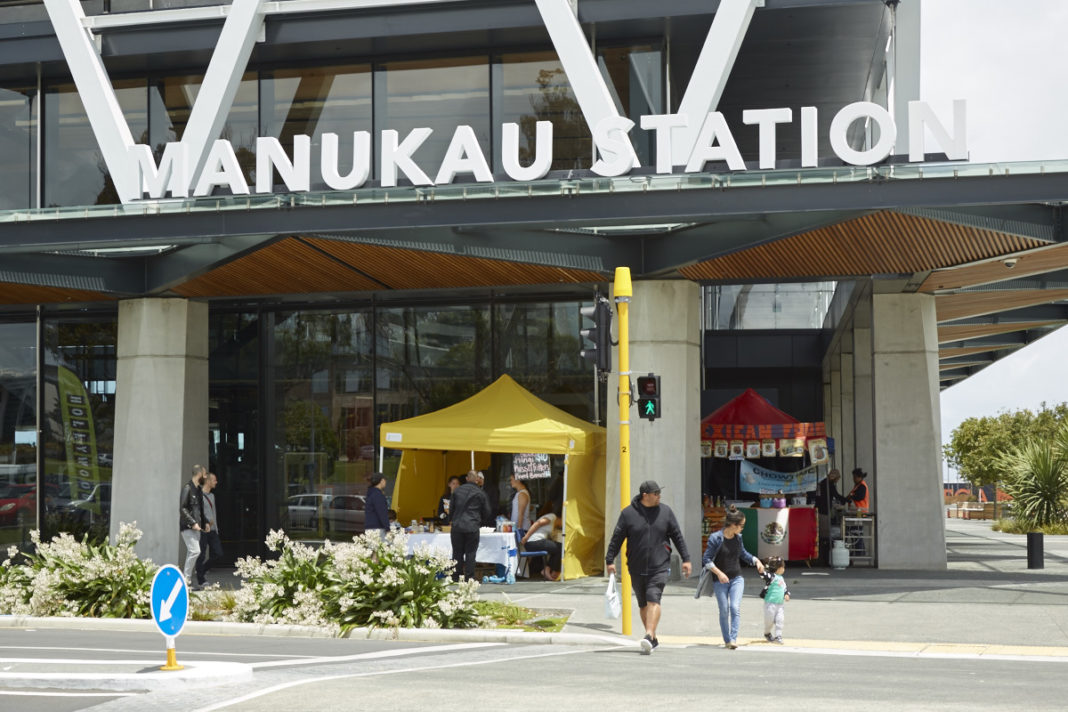 There are just three candidates contesting this two councillor ward: the incumbents both being from Labour.

Brown is either ecstatic at the opportunities a 3 candidate/2 seat race presents or is kicking himself for being one candidate away from being elected unopposed.

The Communist League obviously views this contest as a flag-waving exercise, rather than putting any effort into offering a credible communist policy plan for Manukau voters. I’m not saying communism can be credible, I’m saying it would be nice if Brown weren’t so bloody lazy and ran a campaign relevant to Auckland local body politics. His candidate profile statement is a slogan copy-paste, virtually none of which can be achieved by sitting on Auckland Council. The website his profile links to isn’t even a New Zealand page. Despite this rudeness, I’ll show Brown the respect he should have shown voters and rate his platform.

Like me, Brown is a supermarket worker but I’ve never dealt with him in the industry. Unlike me, Brown is a union member. I can barely begin to imagine what a pain in the arse he must be to work with. His poor co-workers are probably counting the days to Brown’s 65th birthday in three years time. I suspect he will probably use up any remaining sick leave the week prior and resign on the day.

He starts by saying to the New Zealand government and its allies in Washington and Canberra, “Hands off Iran! Hands off Venezuela and Cuba!” Bit unnecessary really, we’ve all seen the state of those countries and we don’t want them. Hell, we have an MP born in Iran who shows no inclination to return.

The Communist League wants local and central government to create jobs at union-scale wages to build housing, schools, hospitals and infrastructure. Not minimum wage or living wage but union-scale wage. What does that even mean? He probably hasn’t updated this profile statement since the previous election because Labour has done an excellent job demonstrating how well governments build houses.

He also calls for a minimum wage set at a level which allows workers to afford a home and a family. No figures or details so I’ll run a quick calculation of what that might look like. Auckland Council has two measures for defining housing affordability. The first is paying no more than 30% of gross income on housing costs and the second based on three-times the median household income. Using the first definition, a couple working full time, paying a $900,000 (current mean house price) mortgage at 3% interest for 25 years would both need to earn $37.31 an hour working a 40 hour week. Given what an old communist dinosaur Brown is, he probably wants it set at a level requiring just one parent to work – $74.62. That took me ten minutes on Google to work out, then another five to realise where I’d gone wrong and redo the numbers. My feelings won’t be hurt if any economists present something different, but that is fifteen minutes more effort than Brown put in.

His other proposal to “halt farmer’s skyrocketing debts, we say nationalise the land.” OMFG what? Now you have heavily indebted farmers with no assets! How is that going to help them? I’m guessing he would wipe their debt also, but it’s not my job to explain away the obvious holes in his platform.

The horrors of the twentieth century were more than enough evidence of the evils of this ideology. Zimbabwe nationalised farmland, devastating their economy and South Africa is on the verge of repeating that act. Venezuela nationalised oil fields and continues to be an exemplar of the catastrophe of nationalisation. Even most communists have stopped using Cuba as a model to strive for and moved on to postmodernism or cultural marxism. It is a rare thing indeed to come across genuine old-school communists in free democratic elections.

Collins was elected to the Otara-Papatoetoe Local Board in 2013 then Auckland Council in 2016. During this time he has been a high profile advocate for low income South Aucklanders, not just on local body issues but a host of other social matters including health, poverty, youth crime and the Ihumatao land dispute. This very catchy jingle written for his 2016 election campaign did everything you’d want from a campaign video, making the news for all the right reasons.

Growing up as one of six children in an Otara state house, Collins has experienced how tough life can be for low income Aucklanders and is active in his community trying to help those in similar circumstances. His politics are firmly on the left but, unlike many socialist politicians, he backs up his words in public with practical day to day actions helping his constituents.

Collins has vocally opposed the ‘predatory payday loan’ companies and food truck operators active in South Auckland. I don’t support his advocacy of greater restrictions being placed on those offering personal finance but his support of the work being done by community budget advisors to help families is admirable. Collins has crossed lines few Pasifika politicians dare, taking on those churches who tithe their low income members, leaving families unable to pay basic bills and vulnerable to the tactics of payday lenders.

He has also opposed the ten cent regional fuel tax which has an inequitable impact on Manukau residents, 72% of whom are reliant on a private vehicle to get to work. He points out that these people often work multiple low paying jobs and are shift workers meaning that they see little benefit from the investment in public transport this tax funds. Most of the money raised by the fuel tax is spent on infrastructure closer to the CBD where median incomes are 79% higher than those in Manukau ward.

With a degree in education, he shared the scepticism of the New Zealand Education Institute (a teachers’ trade union) toward charter schools. At the 2014 NZEI Te Riu Roa fono, he said the consensus on how charter schools may help Pasifika kids was “not much.” The incredible results achieved by the small number of children fortunate enough to attend a charter school shows how wrong his opposition was.

Collins jumped on the Ihumatao bandwagon with the likes of Cathy Casey, helping to delay a development that promises 400 affordable new homes desperately needed in the area. It is a dispute which only became more divisive due to the virtue signalling of left-wing politicians who should have stayed out of it.

Collins’ politics are far different from mine but I think he possesses bucketloads of personal integrity and clearly is on the Council for all the right reasons.

Filipaina has been on Auckland Council for three terms and sat on Manukau City Council prior to the amalgamation. A former policeman, Filipaina has joined his colleague Collins in campaigning for more youth workers in South Auckland to address an increase in gang related gun crime in the region. I think if individual behaviour is in that realm of seriousness, social workers are ambulance at the bottom of the cliff tactics. Where and when is the rot that makes gang membership appealing starting to seep in?

During his tenure on Auckland Council, Alf has predictably voted with the slim centre-left majority consistently. He was always aligned with Len Brown and voted in favour of the 9.9% rates increases in 2015. Considering the low levels of home ownership in Manukau, he knew it wasn’t going to impact his voters as badly as most areas.

Despite leading the Unitary Plan committee, Alf was the only councillor absent during the week long meeting making the final decisions on the outcome of the Unitary plan. He had flown to the Rio Olympics to watch a relative compete. He has a track record of enjoying lavish trips and meetings, flying to Switzerland in 2011 on a FIFA-funded junket to examine artificial football pitches.

He was also a strong supporter of making Auckland a member of the UNESCO Creative Cities Network. Basically a back-slapping exercise in pretentious bullshit.

MY RECOMMENDATIONS:  You may cast up to 2 votes in this FPP contest.

The BFD Nightcap: Franklin Graham BANNED- The Truth of It