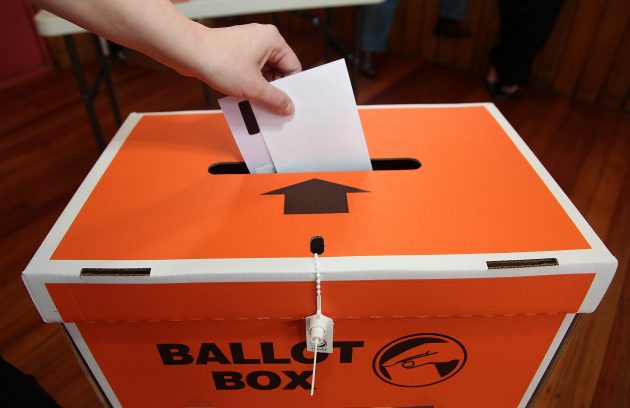 In 2016, all four positions on this subdivision were held by Team Franklin.

I cannot over-stress the importance of running a grammar check on anything of importance that you write. Karnail didn’t do that with his profile statement. It’s hard to decipher exactly what he hopes to achieve. Were I not writing a voting guide, I’d have moved on long before reaching his swipe at Team Franklin down the bottom.

Badhan received a QSM for services to the Indian community in 2016 and has been the Head of the Ambedkar Sports & Cultural Club for 24 years. This is Ambedkar. It makes less sense to me than Aussie Rules but it is literally the first I’ve ever heard of it.

Andy Baker and the Baker family have a long history of involvement in local politics in Franklin, with Andy seeking a fourth term on the Franklin Local Board.

It is clear that significant growth is inevitable in Pukekohe and the Franklin region as a whole. Baker’s optimistic and constructive approach to working with Panuku is refreshing, in stark contrast to many other small-town NIMBY’s on the outer-edge of Auckland.

It means as well as embarking on a massive regeneration project for Pukekohe township, sales of Council land will also be reinvested in the region to ensure infrastructure and amenities can keep up with the coming population explosion.

Aside from some griping over a $15,000 report by AT examining what should be done with a historic train station (with a full removal and refurbishment estimated to cost $2.7 million), Andy has been a key personality driving the open-minded and optimistic response to the opportunities ahead.

Alan is cut from a different cloth to Baker having farmed in the area for 37 years. As part of the Pukekohe Business Association, the Rural Advisory Panel and President of Auckland Federated Farmers, he knows his industry and community inside out.

Cole has previously also been involved in a 2016 working group looking at appropriate steps to regulate nitrate levels in rivers and creeks that cross the area. An earlier process in Waikato has proven an abysmal failure with a heavily regulated top-down approach resulting in protracted legal action. That situation has been avoided in Franklin due, in part, to the work done by the Franklin Nitrate Reference Group including Cole.

The more candidates I review in Franklin ward, the clearer it becomes that they’re a different breed in the far south. No “climate emergency glasses” or high school boys channelling Jacinda Ardern around here. Just straight up, practical and genuine people stepping up for their neighbourhood.

Cummings is most definitely one of those people. Having him on Franklin Local Board is the best insurance policy I can think of against colleagues who may be tempted to splash your money out on nonsensical vanity projects.

He will ensure value for every ratepayer dollar the board spends, make sure the Board’s activities are as public and transparent as possible and be the best watchdog against Council incompetence you could elect.

The safest, closest and friendliest neighbourhoods are those built from the bottom up by residents, volunteers and local businesses mucking in to support one another. Ian is one of those residents and absolutely deserves your vote!

Baljit is a perennial Labour candidate, having been thumped in the 2017 general election by Andrew Bayly by over 17,000 votes and finished almost last in the Botany subdivision of Howick Local Board in 2016. Not a resident of the Pukekohe subdivision, Kaur looks more like a window shopper than a genuine representative.

If elected to Local Board, she will embark on completely unrelated projects such as advocating for improved health. She doesn’t mince words when expressing her passion for social issues; this is the first candidate I’ve seen in this region pitching diversity as a reason to elect her to the board.

This is an unusual campaign pitch, almost entirely about the 12 years she spent working in Onehunga as the Town Manager. She doesn’t include anything she actually accomplished unless “great wins” counts? She manages to write a full sentence mentioning achievements three times without specifying what any of them are.

The one practical thing she does mention is sitting. She does that most of the day. In traffic. Kinzett is very aware that this is a complete waste of time. She’s frustrated but is yet to find a solution other than standing for election to Franklin local board.

Considering she also thinks the local community know what is best for them, I can’t see any scenario in which Kinzett adds value by sitting on your board.

Pope has a photo news website www.franklinlifenz.com I guess he chose photography because he clearly can’t write. Having lived overseas for some time has shown him the future of Pukekohe and it would appear he is pessimistic.

It looks like your local board funds will be channelled into nocturnal security guards driving around the streets, assuming there is any money left over following an inquiry into the linking of Nelson St and Golding Rd for the Bombay traffic bypass.

The two streets are very distant from each other, one is largely in the Waikato region and, despite how confused I am, I think I can work out that it is nothing the Local Board can achieve. AT might consult them. Consult…

I’m not convinced that anyone should conclude their pitch to voters with “A vote for him, is a vote for one of your own kind. (sic)”

His profile is very vague, with several phrases that could come from anywhere on the political spectrum. However, he is a keen community volunteer so as long as he doesn’t discover drugs are more fun than Board meetings, he should do OK.

MY RECOMMENDATIONS: You may cast up to 4 votes in this FPP contest.

BFD Weekender: Does Social Media Make Us More or Less Lonely? Depends on How...