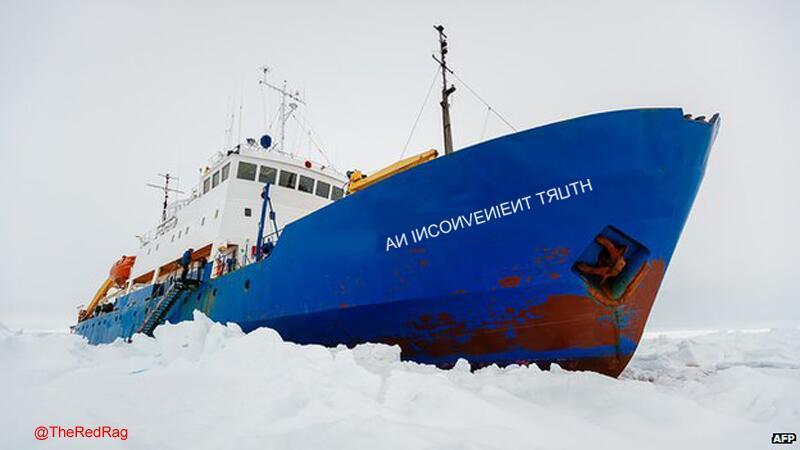 In case you thought you were having a bad day, think of these poor souls…

The Swedish ship M / S Malmö with 16 climate activists on board is trapped in the ice at Spitsbergen. This as reported in the Norwegian newspaper Nordlys . The news raises hilarity among critics of climate alarmism: “Maybe they had read in the media that it would now be ice-free”.
A recurring claim by climate activists is that the Arctic is melting ice and they fear that the earth will be flooded by something similar to the flood described in the Bible. But this hypothesis receives little support from impartial measurements, something that a group of environmental activists have now experienced when their ship crashed in the not so ice-free waters around Spitsbergen.
The trip with the M / S Malmö to Spitsbergen was launched as a “climate march” in the footsteps of the trip of the polar traveler Ludolf Schjelderup 88 years ago. But instead of melted icebergs and glaciers, they were met by a frozen sea and trapped in the ice.
During the trip, the activists had brought a team of documentary makers. It is unclear whether a documentary film will still be released now that the journey is not going as planned and the reality at Spitsbergen looks different than expected.

This is not the first time that Climate change activists have become trapped in ice. It happened last year as well.