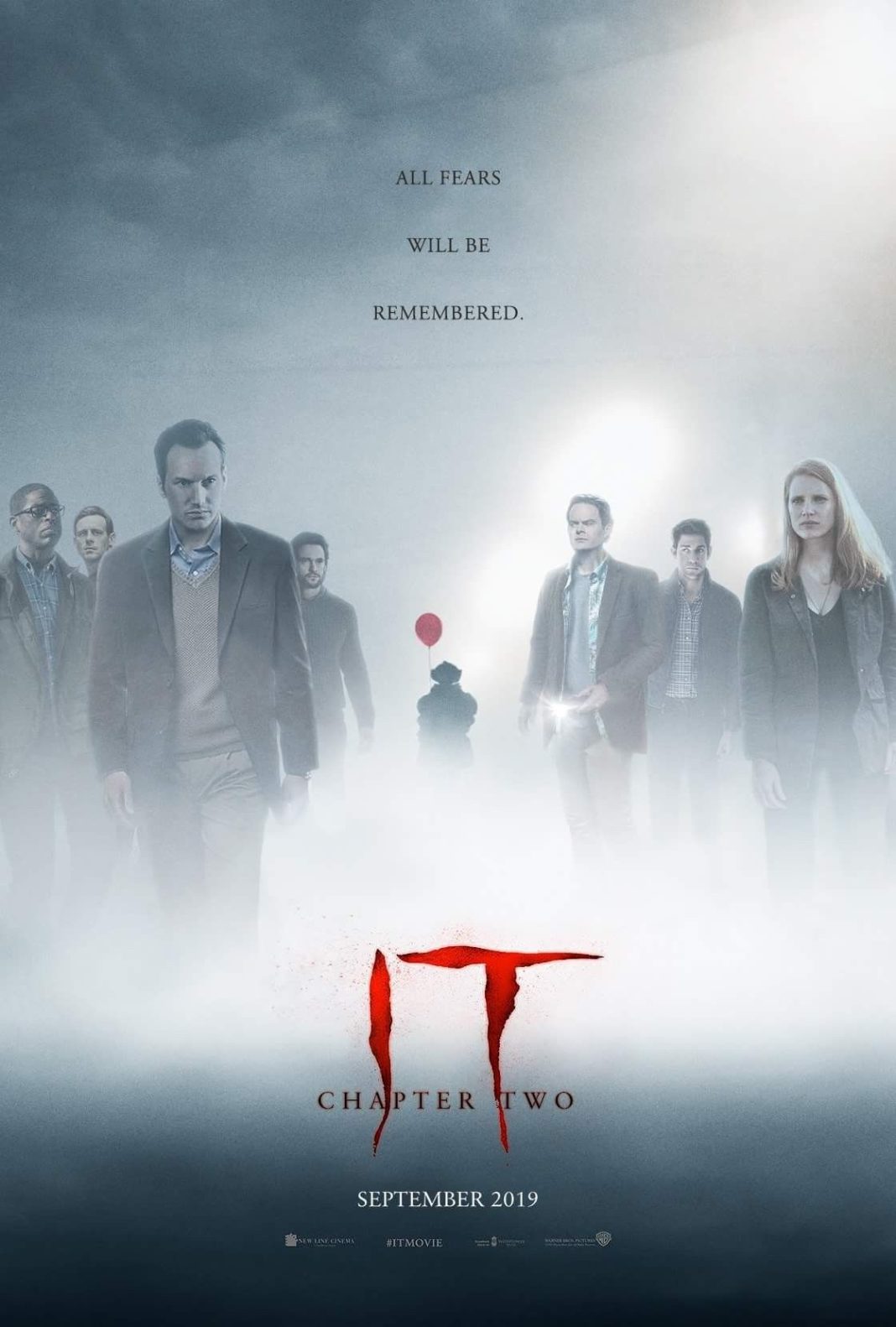 The first ‘IT’ is the highest grossing horror movie ever, far surpassing such classics as Psycho, Alien, Silence of the Lambs and Halloween. This fact is the sand in the arse crack of every true horror fan. It’s like everyone at the table is raving about the filet mignon, when we know what was really dished up was an underdone slab of chuck. Bloody, kind of tasty but not the real deal.

In IT, based on the Stephen King novel, the children of a small US town are terrorised by a demon in the form of a clown. A group of kids known as ‘the loser’s club’ take ‘IT’ on and win. In IT 2, the losers return to the town 27 years later as middle-aged adults. Pennywise the clown has awoken and they must put him to sleep for good this time (franchise opportunities depending).

The film opens with a vicious attack on a gay couple by a white trash posse. The way Stephen King depicts the rube community has always jarred with me. Small-town poor folk are often shown as stupid, and nasty with it. King grew up poor in a small town so I guess he’d know. But could it be that the bookish youth was the target of a scorn that he’s now repaying with interest?

His attitude to Trump voters here would suggest so.

Soon the losers are back together and recovering their traumatic memories of their first encounters with the evil clown. This is where the film gets closest to scary with some good atmospheric set pieces despite the over-reliance on jump scares typical of modern horror films. Bill Skarsgard as Pennywise achieves a rare acting feat, obliterating an iconic performance (Tim Curry in the original TV adaption) and replacing it with his own. Bill Hader (currently starring in the T.V series Barry) is the pick of the losers, convincing as a motor mouth nightclub comic.

It’s the comedy that’s the problem. Sometimes humour works in horror, usually when used to lull an audience into complacency before hitting them with the big scare, or relieving the tension after one. But here it works against the movie by occurring in the middle of supposedly scary scenes and muting their impact.

The film looks great and they seemed to have resurrected David Lean’s cinematographer; it’s all slow pans and wide angles. This too manages to work against the film – the story and the fun house frights don’t support such epic treatment.

I thought the first film overpraised due to Gen X critics’ nostalgia for 80s kiddie gang movies (The Goonies, Stand By Me) that it riffs on. In the second I felt more affinity for the mid-life crises of the characters (perhaps because I’m in the middle of my own). In fact I found them more engaging than the scary bits; not what you want in a horror movie.

It all ends in rampant CGI silliness with some vague collectivist hokum of the united-we-stand-divided-we-fall type.

It should have ended sooner.

While I’ve got you here, what is it with Hollywood and long movies? Last month’s ‘Once Upon A Time in Hollywood’ was over two hours forty minutes and this one is even longer. Surely the target market, millennials, are the ones continually swiping away at their phones with attention spans the size of a gnat’s ball sack. Do they really want to spend bum-numbing amounts of time in cinemas?

Perhaps it’s just part of the general lazyfication of society. E-scootering everywhere, Ubering in their dinner – once these guys sit down, they don’t want to get up again for as long as possible.