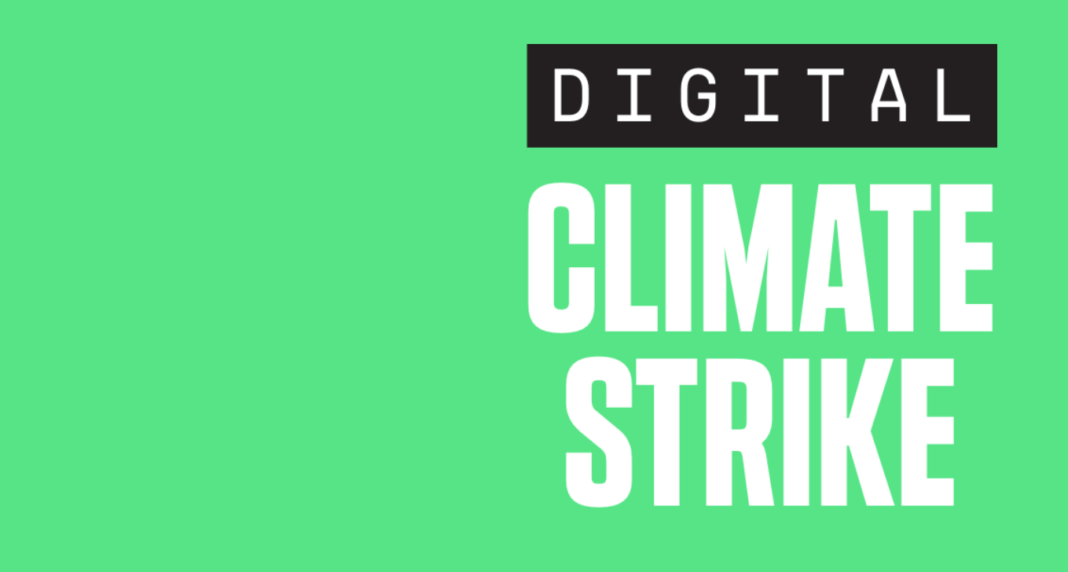 With fires raging in the Amazon, hurricanes ripping across the Atlantic, and typhoons flooding Japan, our planet and our climate are sending us a message:

Yes and that message is that it is business as usual. Fires were happening every year in the Amazon long before the Climate Emergency became a fashionable left-wing cause, and they and the hurricanes and typhoons will continue to naturally occur long after this flat-earth type Climate Emergency nonsense has been put to bed.

We can no longer continue with business as usual.
The week starting September 20th, 350.org is organizing a Global Climate Strike, in association with Fridays For Future, to show global leaders that the time to act is now.

Alongside the people walking out of workplaces, schools, and homes around the world, 350.org is organizing a digital climate strike.

A digital climate strike? That has to be the LAZIEST form of protest I have ever come across. What’s next, a digital hunger strike solidarity you put up a photo of an empty plate? But wait there’s more…

Websites participating in the digital strike will promote the physical strikes in the lead-up to the date, and partially block themselves to users on September 20th itself.

That’s right folks; in a world first, instead of striking in order to inconvenience ‘the man’ and to cost them money, this digital strike is all about websites taking a loaded gun and shooting themselves in the financial foot! Brilliant. I am sure that the government will give two whole hoots about that.