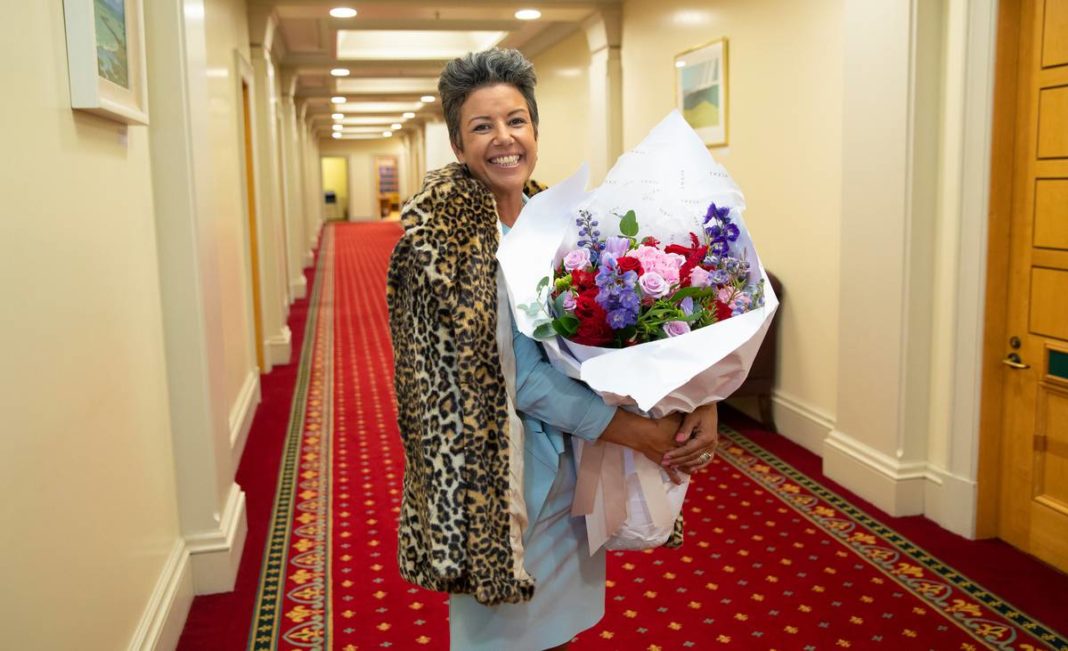 You have to hand it to Paula Bennett she has more front than parliament buildings. Her flowery political stunt reminds me of the time that Cam sent flowers to Labour MP Annette King to thank her for promoting both him and his blog in parliament. In reality, she had been attacking the blog but that didn’t stop the NZ Herald devoting an article to the gesture which also included chocolates.

Paula very cleverly has got herself some positive publicity with her public show of turning the other cheek unless of course there was also an apology card lurking discreetly amongst the blooms?

on Wednesday afternoon, rather than deliver a resignation letter, Bennett sent flowers to Peters at home.The card on the bouquet of daffodils read: “Hope you are resting and taking some time out. Get well soon. Paula.

Hmm so no apology then.

”Asked what was behind the gesture, Bennett said Peters clearly needed cheering up.“He seems to be getting a lot grumpier in recent times and I thought he must be in a lot of pain to lash out like he has. Maybe he just needs some positive attention, and everybody loves daffodils.“I think he should rest up and concentrate on what really matters, which is the job he should do as Deputy Prime Minister.”

It is a cocky response considering the circumstances which makes me think that she has a scapegoat lined up to take the fall.

[…] The legal action is over the leak of information in 2017 that Peters had had to repay about $21,000 in superannuation overpayments. Peters is suing for a breach of privacy. Bennett and fellow former minister Anne Tolley are both subject to legal action – both were advised about the overpayments as part of the “no surprises” policy. All deny leaking the information. It is expected to go to court in November.

Anne Tolley better watch her back because it is likely that Paula sees her as the solution to her Winston problem and will toss her under the bus.

Knowing what Bennett did to Jami-lee Ross and her involvement in other backroom knifings, Simon Bridges doesn’t have the stones to remove Bennett. Because of his lack of fortitude he will become Paula Bennett’s final victim.

Watch this space…I can hear the bus backing up…