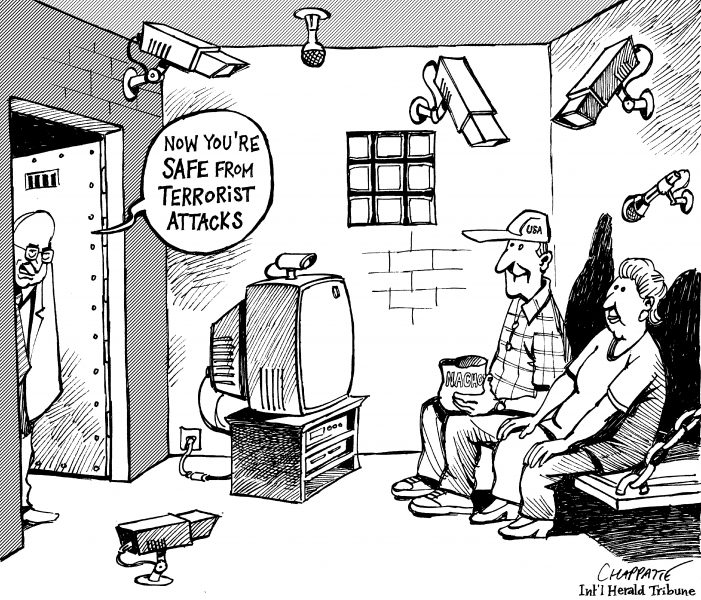 If the Christchurch killer had access to the internet he would be congratulating himself at getting his second point on the scoreboard with the collapse of many Anzac commemorations. Quote.

Police from across Auckland, the Auckland District Returned and Services Association (RSA) and Auckland Council have been working together to agree a consolidated list of events in the wake of the Christchurch attacks.

In the current heightened security environment, Police have agreed to maintain a visible presence at events for public reassurance.

As a result, Police had recommended that Anzac Day events in Auckland be consolidated so that they could adequately resource each public gathering.

In conjunction with Police and the RSA, Auckland Council has confirmed that this year?s events schedule will be reduced to 26 events from last year?s 84.? End of quote.

Does shutting down 58 events and an increased police presence actually make us ?feel safer?? It makes me feel more nervous.

If there was a specific terrorist threat, wouldn?t the police call for military support and wouldn’t our open and transparent government tell us about such a threat?

This is unchartered territory because, since Christchurch, the concentrated police presence at large public gatherings is probably part of revised security strategies. quote.

MFAT say we are committed to the United Nations strategies under ?Measures to address the conditions conducive to the spread of terrorism.? Quote.

Now that we have a specific terrorist attack under our belts there is a need for specific counter-terrorist strategies and the UN have offered to help New Zealand establish best practice. Quote.

To encourage the United Nations Counter Terrorism Committee and its Executive Directorate to continue to work with States, at their request, to facilitate the adoption of legislation and administrative measures to implement the terrorist travel-related obligations, and to identify best practices in this area.? End of quote.

Addressing the conditions conducive to the spread of terrorism

Measures to prevent and combat terrorism

Measures to build states? capacity to prevent and combat terrorism and to strengthen the role of the United Nations system in that regard;

Measures to ensure respect for human rights for all and the rule of law as the fundamental basis for the fight against terrorism.? End of quote.

The United Nations has its own agenda and has every reason to encourage countries to take a heavy-handed approach to counter-terrorism. What we are doing here is a clumsy, misguided attempt to inspire public confidence.

Panic overflowed into community patrols around the country. They had received police directives to stop patrolling specific areas at certain times and decided to cease some community patrols until after Anzac Day.